The band were formed in 1996 by Rob, whose advert for “Folk musicians without Aran sweaters” was answered by John and Jill.

The guitarist was pressed into singing, the flautist into bass playing and the first Rhythm Thieves gigs became a hideous reality.

After a couple of short lived bassists, Mark agreed to help out for just one gig and has been held captive ever since, although he has graduated up to proper guitar now (6 strings and everything!). Playing the bass and the fool now falls on Phil‘s manly shoulders.

John decided that there was more to life than playing in a disco-prog-folk band and since leaving the band he’s lost 4-stone after giving up band breakfasts (there is a lesson for all there!). 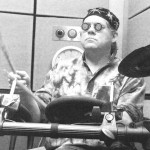 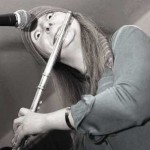 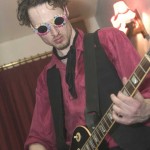 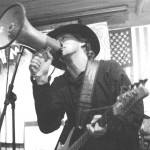